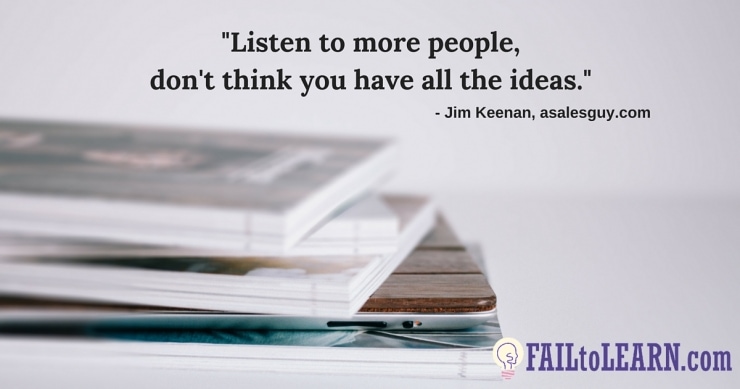 Keenan went through a lot before he found success as A Sales Guy. He’s a great example of persistence in light of disasters after disaster. He had one collapse after another, falling like dominoes in a line.

Each attempt was great. They were brilliant ideas. They just didn’t take root, despite the amount of work and effort put into them.

Keenan share his stories in today’s show. He talks about what happened and how he’s glad he went through each of these flops. As he told me, he has no regrets.

Here’s what Keenan and I discuss:

Download Keenan’s tips in the 1-Page Quick Action Sheet for this episode here.

You can find Jim Keenan here: