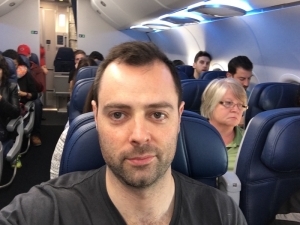 Nate Smith is the 80/20 marketing guy. Nate is a former professional musician who discovered the entrepreneurship path in 2012.

After several attempts to find a business that would become a business, he found success a long 3 years later. He was pushed with some strong words from a friend, and mentor, who finally persuaded him to launch his first product. In the 12 months following the launch he multiplied the revenue on it 800% from his first month.

Nate now helps other entrepreneurs and startups increase their profits and improve their conversions by using the lessons he learned in his businesses.

Listen to Nate Smith in this episode:

You can find Nate Smith here: